Maybe Vonnegut is something you only really “get” once you’ve gone around the sun enough times to have some historical context. But when I finally read Cat’s Cradle as a middle-aged man, I loved it. So, as you can imagine, I jumped at the chance when I was asked by Amazon to write the first (and only) commissioned sequel to Cat’s Cradle.

Hey Everybody! Amazon just let me know that they have marked my novel Osage Two Diamonds down from $3.99 to a very special Cyber price of $1.99 for the month of December. This novel was commissioned through a special arrangement between Kindle Serials and Kindle Worlds, and is the first (and only) commisioned and sanctioned […] 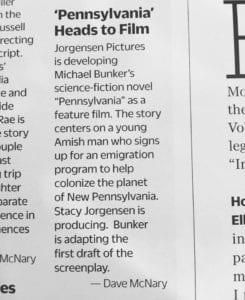 It’s a fun thing to have happen… even when you’re on the road and can’t really celebrate or respond to the massive number of messages, well-wishes, and congratulations flooding in. It started as a short, single paragraph article that came out in the print version of Variety. Variety is the trade magazine for the Hollywood film […] 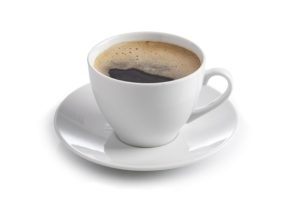 Mesquite Coffee became very popular in Texas during the war years 1861-1865 when coffee made from coffee beans became unavailable. And the thing is, Mesquite Coffee is not a “sacrifice.” It is actually a fantastic coffee beverage, and doesn’t at all taste like a coffee substitute… 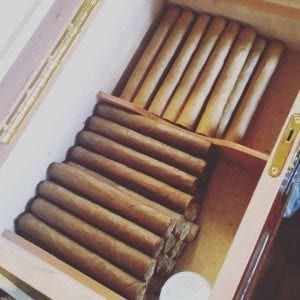 There are a LOT of myths about cigars. Most of you know I roll my own cigars. There are a ton of reasons for me to roll my own. The first reason is that rolling my own cigars fits into my DIY lifestyle. As plain people living off-grid, we try our best to forego as many mass industrial processes as possible in just about every area of our lives.

Homesteading in Central Texas, or in any very arid area, isn’t easy. We try to grow peaches (we do alright,) apples (we fail,) and other fruit, but it is a real hit and miss proposition when you live off-grid and have limited ability to pump an unlimited amount of water to your trees. Industrial farming […]

I just finished reading Nick Cole’s “surprise launch” novel The End of the World as We Knew It.  This won’t be a long review, because the full novel is only .99 right now and I would prefer you would just go and get it and read it rather than you reading me talking about it. […]

All-in-all, Armada was a fun read and I recommend it… unless you are the kind of person who orders enchiladas in a Mexican restaurant and is appalled to receive enchiladas instead of something else.

I finished reading Nick Cole‘s brilliant CONTROL ALT REVOLT earlier this week. C/A/R is the prequel to Cole’s fantastic gamer noir novel Soda Pop Soldier, easily the best fiction book I read in 2014 (well… right up there with The Martian,) and one of the best sci-fi books I’ve ever read. Period. CONTROL ALT REVOLT is currently only available for […] 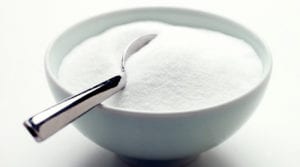 Sugar and honey have been used to treat battle wounds for millennia, and many experts are coming to believe that sugar ought to be the treatment of first recourse when dealing with deep wounds that might not be absolutely “clean” throughout.

I promised several people I’d do a post wherein I share our process of harvesting wheat by hand. Harvesting is actually a small part of the whole process of taking wheat from the field to a usable final product, so although I named this post “Harvesting” Wheat by Hand, I’ll actually include the post-harvest steps of threshing and winnowing.

“Weapons of Mass Deception” – A military thriller by two US Navy veterans, David Bruns and JR Olson, that could be ripped from today’s headlines!

“Brendan McHugh, a Navy SEAL, meets a mysterious Iranian diplomat on a raid in Iraq. His former girlfriend and FBI linguist discovers a link to Iran among a group of captured jihadis. And pulling it all together is a CIA analyst who can’t forget about Saddam Hussein’s WMDs—even if it costs him his career.”