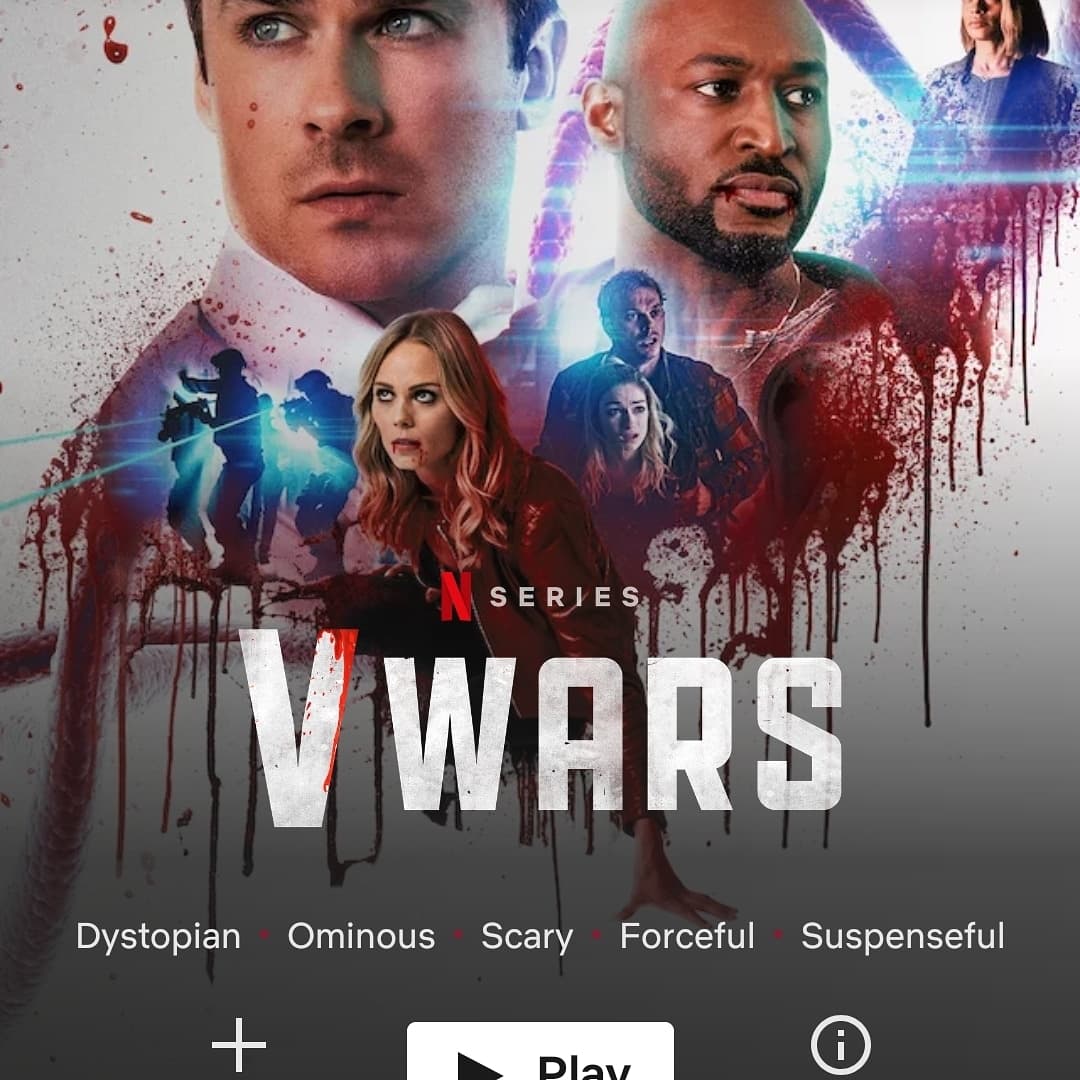 With studios, streamers, and other content buyers hungry for film and television content, authors are getting more access and input to projects based on their works than ever before.

I met Jonathan Maberry, author and comics writer extraordinaire, when we were both on a worldbuilding panel at DragonCon in 2014. Today, I had the great pleasure of watching the new Netflix series VWars (based on his work,) starring Ian Somerhalder, Adrian Holmes, Peter Outerbridge, Kyle Harrison Breitkopf, Jacky Lai and Kimberly-Sue Murray, and I’m so very excited for Jonathan! I can only imagine how he feels today after the long build up to the launch. And the thing is, Jonathan was able to graciously share with his audience on social media a peek at the process of bringing VWars to the screen. I can tell you that this built up a lot of excitement for the show!

As I’ve watched the film version of my own novel (Pennsylvania) wind it’s way toward the big screen, I’ve become more and more a student of the book-to-film process, and I’ve learned a lot. And I am happy to see that authors are, more than ever before, being given extraordinary access and input to that process as it happens. This is a great thing, and it is a wonderful time to be a writer!

Not too long ago, when there were far fewer outlets for entertainment viewing, and when not many authors had a real opportunity to see their work on the screen, it was very rare for any but a small minority of authors to be given access to the process. In fact, most Producers and Directors didn’t want the original author anywhere near the project. They erroneously believed (maybe based on a few rare cases) that authors were either too arrogant, too narrow-minded, too meddlesome, too selfish, or too dumb to realize you can’t make a 100 minute movie from a twenty five hour novel without changing a LOT of stuff. Most of the advice to authors went back to Hemingway’s claim that you should drive to the border of California, throw your manuscript over the wall, get them to throw you your money, then drive back home and forget the whole thing happened. The old “get the check and don’t get your hopes up” mantra. Probably, in some cases, that still applies, but more and more now the smart Producers/Directors and other Hollywood types (including actors) are coming to realize what a great asset to a film or television project the participation of the original creator can be. Most of us are savvy enough, smart enough, and creative enough to know how to be a positive asset to the project and not a liability, and Hollywood is starting to take notice and learn this lesson.

Stephen King in a recent article said that in determining an option/sale contract on one of his book properties, he considers two of the top things to be 1.) His belief in the vision and artistry of the Director or Producer, and 2.) Access — including access to the set during the whole filming process if he wants it. Now, no one is Stephen King but Stephen King, and he can ask for way more than most of us and get it, BUT… in my own experience, and in many other projects of which I have some firsthand knowledge, authors are getting more access, and not in a way where they are just being placated and patronized. Real access, because if it is done right, it will only make the project better. Another top tier author friend told me recently that on his project (a book series being made into a streaming TV series) that he has even been given access to the writer’s room. And why wouldn’t they want him there? He’s one of the best writers in the business, and he knows his world better than anyone. He knows his fans and he knows what they want. And filmmakers can mine that resource just by giving him access!

Access. Not power. Not authority to meddle. Just access — the ability to be there, answer questions, and ask them if need be.

In my own case, with the New Pennsylvania film being developed by Stacy Jorgensen and Director Patrick Tatopoulos, I have been very pleased with the communication and level of access so far. Stacy has been in constant contact – keeping us up on any news and developments. She has been remarkably generous, very free and open in asking and answering questions, and overall just making us feel like we are part of the project. Stacy even set up a meeting in Hollywood where my wife and I got to meet with her and Patrick Tatopoulos to discuss the film and see Patrick’s vision for it. And there is talk that I will get to spend more time talking with Patrick as the project continues to develop. And it only makes sense to the people making the movie. I am an encyclopedia of knowledge about the world of my own novel, and I’m also flattered and excited about even getting to be a fly on the wall.

2020 promises to be an exciting year for us, and for all Pennsylvania novel fans, and I can tell you that I’m looking forward to seeing behind the scenes as the process of making the New Pennsylvania film goes forward.

Get the Pennsylvania Novel!