It’s never fun to get fired, right? To be told to move along, that maybe you aren’t needed 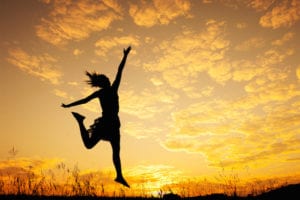 Sometimes it means that some really cool things are happening. At least that’s the thing going on right now with me.

I just got fired!

In the middle of last week I was informed by my good friend and the producer who is spearheading the Pennsylvania film project that I won’t be writing the screenplay any more. We’d written two full screenplays (one for a TV serial, one for a TV series) and we were working on the treatment for a feature film screenplay when I was told that, just maybe, the project had gotten too big for me. Too big in a good way. Financiers were on board and so was the possibility of a big, big, big name director/producer. None of these things were written in blood yet, but they never are in film. That’s one thing I’ve learned. Everyone is waiting for someone else to pull the trigger. But one of the triggers was that the people making big decisions wanted a known quantity — an experienced screenwriter — to write the script. And I don’t blame them at all. I told the producer that I was pleased as punch to even be allowed to write the first drafts, and frankly I was surprised I’d lasted on the project as long as I did.

This is the way the system works, and I’m not at all disappointed for getting a shot at the big leagues with no prior experience! I learned a ton, and my friend and co-writer Forbes West was instrumental in teaching me the whole process from beginning to finished screenplay. I’m so thankful to him, and to Stacy Jorgensen of Jorgensen Pictures for her faith and trust in the project. She has been like a missile on a mission with this project, and I’m very excited to be working with her and to have her helming the thing.

And since I announced this on Facebook, I’ve received a lot of questions from Pennsylvania fans. Like:

What does this mean for the story? Is it going to go way off track into something else? With the possibility of three Pennsylvania films coming, how will that work? Will you still be involved? Will you have some kind of input? Will you still be writing Oklahoma?

The answer to all those questions is “we’ll see.” (except the Oklahoma one… I absolutely will be writing the sequel books!!) I trust that as long as Stacy Jorgensen is involved, she will do her absolute best to bring to the screen the vision of Pennsylvania that I had when I wrote the novel. No film adaptation ever perfectly represents the novel, but I’m convinced that Stacy and I have the same vision for the project, and for that reason I’m excited about what will come of it. And yes, there is talk of a possible trilogy of films, so I intend to put my energy into writing and finishing Oklahoma soon. I always intended Pennsylvania to be a trilogy of books, so a full-fledged franchise is certainly possible. But as of right now… this minute… I believe the possibility that Pennsylvania will make it to the big screen is very good. Better than it has ever been.

What about fanfic? Can we still write fanfic?

Absolutely. I know quite a few authors are still writing novels and short stories in the Pennsylvania 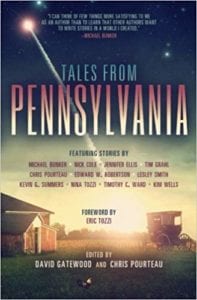 world.  I want to encourage everyone who is already doing so, or who has considered it, to do it! As the process goes on and if the reality of a Pennsylvania blockbuster draws near, how cool will it be for the dozens of authors who have already written PA stories, and for any more who do so between now and then? Exciting!

Anyway, some of you know but most of you may not that there is a completely fan instigated, fan run, and fan operated MB page called THE AZ. It tends to lean a lot toward Pennsylvania, and is a great resource for PA fan fiction writers. I do not run that page but I’m a member and I post news there. Stacy Jorgensen and I want to keep everyone excited and involved in the project as it goes forward, and I want to encourage all of you who have written or are writing Pennsylvania fan fiction stories and novels. On THE AZ front page there is a PA wiki with a bunch of details and facts about the world and the novel. With me working on Oklahoma this summer, and the news of the film gaining steam, I think this is going to be a very big time for PA and all Amish Sci-fi fans.

Maybe you or one of your friends or family members haven’t yet read Pennsylvania.  Now would be an awesome time to get on board! Thank you all for your help and your constant support!

Have any ideas of who you’d like to see as the director/producer? Screenwriter? What about actors for any of the major rolls? Drop your ideas and comments in the comments section below. I’d love to read what you think.