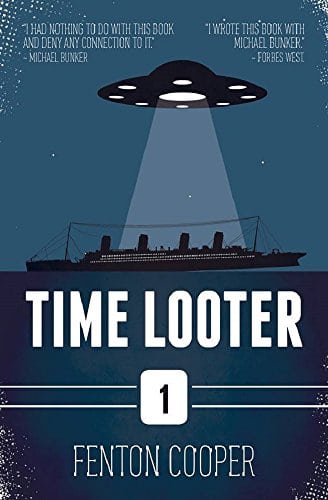 ***From the Author: This is the first episode in the first season of Time Looter. It is novel-length and way worth the money but it obviously ends in a cliffhanger, duh, so none of you dummies buy it if you’re too dumb to figure that out from the description. Oh, and there are some bad words…~ Love, Fenton Cooper***

CASEY ATLAS was good at picking pockets. It was one of the few things he’d ever bothered to do well. Casey was also tall, good looking, ignorant, immature, spoiled, lazy, occasionally vicious, mind-blowingly shallow, and one of the first people ever to go back in time. He also liked cats and planned on robbing the Titanic. What could go wrong?

In this first episode, FENTON COOPER, a highly suspicious character and the author of Time Looter, has written possibly the most socially unaware and politically incorrect time travel romp since time travel was invented. It’s Back to the Future meets Real Genius in this pop-culture allusion-fest guaranteed to make you ashamed that you laughed so hard.